First TAHMO stations in Democratic Republic of the Congo

Last March, Fabrice Muvundja paid a brief visit to Rotterdam to meet up with TAHMO co-directors John Selker and Nick van de Giesen. Fabrice was finishing up his PhD research on “Hydrological variability and biogeochemistry of particulate organic matter in a large tropical rift lake, Lake Kivu (East Africa)”. Lake Kivu is a very interesting lake at the border of Rwanda and Democratic Republic of the Congo (DRC). The bottom of the lake contains high concentrations of methane and carbon dioxide. If the lake were to overturn, the lives of the two million people who live around Lake Kivu would be in danger.

About one thousand years ago, this was the last time this occurred. At present, the plans are to extract methane from the lake without disturbing its stratification. Monitoring is the main tool to ensure no such disaster will occur. Monitoring the weather is one part that is needed, which is why Fabrice contacted TAHMO. It was agreed to set up three stations as a pilot activity Eastern DRC. Three schools were selected. The first one is in the South at Fabrice’s own school, ISP Bukavu, where he teaches in the Department of Chemistry. The second one will be placed at a school on the island of Idjwi in the more central part of the lake. Finally, the third station will be placed at the Ecole du Cinquantenaire in Goma at the northern part of the lake. The Ecole du Cinquantenaire is a special school that was inaugurated only recently and educates students in the fields of Civil Aviation, Construction, Electronics, and Petro-Chemistry.

On Tuesday 14 July 2015, the three stations were handed over in Kigali, Rwanda. Sister Jeanne-Marie, the director of the Ecole du Cinquantenaire, had traveled especially for this occasion from Goma, as had Fabrice from Bukavu. The three stations will monitor the western part of Lake Kivu and thereby contribute to the management of this unique lake. 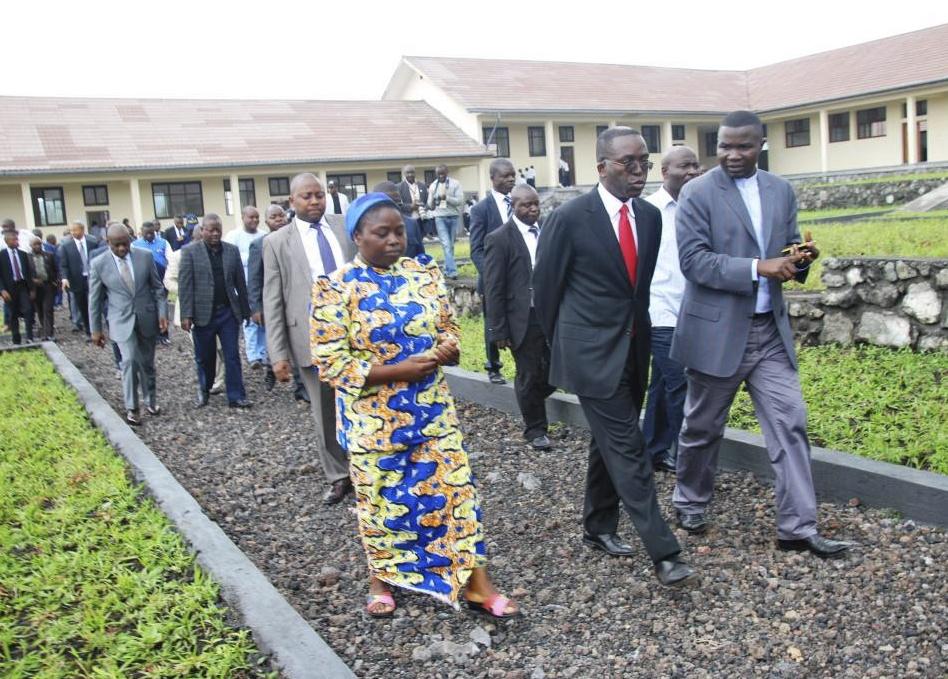 Opening of the Ecole du Cinquantenaire, with left Sister Jeanne-Marie