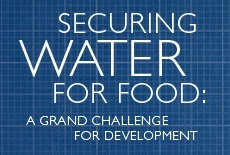 Following the official kick-off in Stockholm Sweden, the Securing Water For Food (SWFF) project is taking off.  The final contract was signed on November 21, 2014, and Zachary Dunn (TAHMO’s East Africa Field Director) will be starting his three year SWFF-funded effort in Kenya starting January 1, 2015.   In the first year the SWFF funding allows for the purchase of up to 25 stations, moving to 65 stations per year in the second and third years.  The project includes Kenya, Tanzania, Uganda, Rwanda, and Burundi.  We are seeking customers for the East African data, and are currently are in discussions with several significant potential clients.