A look into the day-to-day work of a TAHMO Engineer: Victor visits Turkana County

Turkana County is one of the counties in the former Rift valley Province of Kenya. This is the second largest County in Kenya and it borders Uganda to the west and South Sudan and Ethiopia to the North.
15th January 2018 marked the start of a long journey of weather data collection by installing the first TAHMO Automatic Weather Station in the County, the first station was installed in Talent High School. TAHMO has up to now installed three Automatic weather stations in the County, in Loima Boys High School, Talent High School, and Moi High School Kalokol.

On 5th July 2018, we received a ZL6 data Logger in Kenya. I decided to test the logger in areas with poor cellular network connectivity. My top priorities were Isiolo Meteorological offices where we have a TAHMO weather station and Loima boys High School which is one of the sites in Turkana County. The first test was carried out at Isiolo Meteorological offices on 14th August 2018. The test was successful and the logger had a good network reception.

The station at Loima Boys High School had problems uploading data due to weak cellular network. On 21st August 2018, I started a five-day journey to Turkana County, my aim was to bring the station at loima Boys High School online again, test the ZL6 Logger and update the ATMOS firmware for all the three stations in the county. I was very much committed to bringing the station at Loima online without moving it to a different location, I carried other local Sim-cards to the sites which I would use just in case the Vodafone Sim-Card failed. In my email conversation with Safaricom (network provider), they had suggested we move the station to Lorughum where they have a 3G booster. So if all came to worse and the station failed completely, we would move the station to Turkan Girls High School which is near Lorghum 21 km away from Loima Boys High School. This means we would treat the weather data completely differently with that at Loima since these sites are far from each other.

Lodwar is the main town in the county, most people would come back to this town to spend their nights here after carrying out field activities in the remote villages. Loima Boys High School is located about 70km west of Lodwar town, this meant a 70 km drive on a large extensive semi-arid land. The best service you can do to yourself here is to take a lot of water. Sometimes we could drive for three hours before reaching Loima because roads are covered by sand and the driver had to carefully choose the routes to follow otherwise the car could sink it’s tyres into the sand.

The tricky part was crossing River Turkwel, here you have to get out of the car to reduce the weight of the car so that it doesn’t sink into the sand. At some point, we could push the car from behind to accelerate it so as to reduce the chances of it sinking. The best thing about crossing River Turkwel was that you meet several people who are also struggling to cross the river, you exchange ideas and some would tell you their mission in the county and their experience with the local communities. 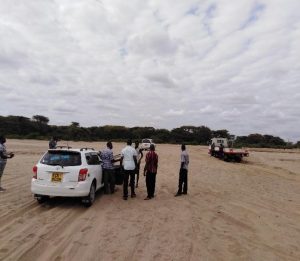 We met a young boy who offers guidance to people who have issues crossing the river, he says, “if you want to successfully cross the river, you drive parallel to the flow of the river, in case you notice where the sand is well compressed and firm enough, tilt the tyres slowly by slowly till you reach the other end.” This trick was successful for the four times we crossed the river. 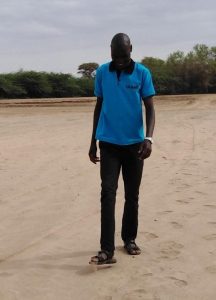 The time we spend crossing the river gave me some ideas on how to deal with the local community. I was well prepared with everything I needed to bring the station at Loima Boys High School online, but the experience at the river gave me a very different view of things, that how you deal with the community can help you find a solution quickly or make it completely impossible. So we decided to stop at Turkana girls (where we would bring the station to if it completely failed to broadcast at Loima) to do some tests. Here we meet the gateman, I explained to him that we intend to move the station here because at Loima the network is very weak, I also told him that the site at Loima is built on a higher ground within the school compound, and we really would wish to keep the station within Loima and not move it as far as Turkana girls. He listened to me carefully and he had this to say “If you really want to retain the station in Loima, you have to move it towards a lower ground within the compound, network in this region seems to be stable on the lower grounds than higher grounds.” I doubtingly agreed to this, so we drove to Loima, I removed the station from the middle pole and moved to the lower ground within the school compound, I carried out a communication test and it was successful.

I talked to the School principal and asked for permission to move the station to the lower ground about 100 meters from where it was as long it will not interfere with the School’s future infrastructural developments. 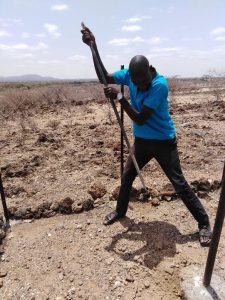 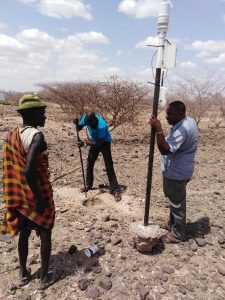 He agreed and we moved the station, I placed the ZL6 Logger and the EM60G logger on one pole. I set the upload frequency for the ZL6 Logger to be four data uploads per hour and that for EM60G to be one data upload per hour. 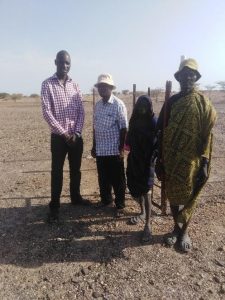 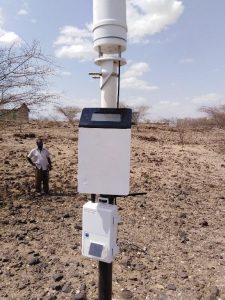 I am happy that the advice from the community members helped me bring the station online. I am also happy that I successfully completed a trip that involved making right decisions very quickly and staying on top of everything

I hope that the existence of the TAHMO weather station in Loima boys High School will be an eye-opener to the local community in Turkana County and a great contribution to the knowledge about climate change and a better understanding of the evolution of adaptations to semi-arid and other extreme conditions. This would give a chance for the Linking of traditional Beliefs on Climate Change Phenomena to Scientific Facts for Better Adaptation Strategies.